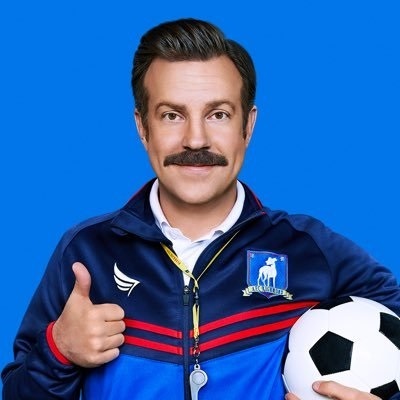 Ted Lasso is that feel good comedy we need more of on television. It makes you laugh which is good for your soul, but the writing and story line are good enough to entertain you and stimulate your brain. While this is happening, you do not realize it’s teaching you great life lessons.

For those of you unfamiliar with Ted Lasso, it’s a comedy on Apple TV starring Jason Sudeikis from SNL. It comes from an NBC Sports Commercial, when they started airing premier league soccer games on their channel. The premise is a Division II NCAA football coach is hired to coach a British Premier League soccer team. Although the comedy comes from this situation it’s not what makes the show special.

There are so many leadership lessons to learn from Coach Ted Lasso that I could write for days about, but here are my top 5 lessons.

This is one of Coach Lasso’s signature moves. He is constantly telling everyone, not just those that are on his team or those that are close to him, that he appreciates them. He says it so much that after binging the entire 1st season you will catch yourself saying it without realizing it. People need to hear that you appreciate them, and they need to hear it constantly.  However, it’s not enough to just say it, you must mean it. Why this is such a powerful tool is he really does appreciate everyone, even those that ridicule him, try to destroy him and those that do not respect him.  Great leaders will let their team members know they appreciate them.

2. Take an interest in people on your team.

Coach Lasso takes a genuine interest in every person on his team. He gets his boss biscuits because he knows it reminds her of her youth. He gets a homesick player from Nigeria chin-chin which is a candy that is popular there. He takes an interest in his entire team and gets to know them. When you get to know people, you can be empathic and understand them. You can relate to them and they will reciprocate. Great leaders take a genuine intereste in their team.

3. Do not let others define you.

Ted never lets what others think define him or his actions. He is constantly told by just about everyone that he is a “wanker” and should just go home and that he will never win. However, Ted never lets that determine who he is or his actions. So often people have excuses about their lot in life because of outside forces. It’s not to say there are things out of our control, but they focus so much on outside forces and excuses instead of just focusing on what they can control. Great leaders will not let others define them or their actions. They let their actions and their vision define them.

One of Ted’s best qualities is no matter what happens, no matter what someone says, he always thinks positive. This is such a strength for him it becomes a weakness and leads to his divorce. This quality is missing from our leadership so often in our country. We think the worst of others and our situations. When you have a positive attitude it not only changes your mindset, but it becomes contagious to others. Ted’s positive attitude permeates his team and the town in which he lives. One person who is positive can cause a ripple effect. Great leaders will always portray a positive attitude for their team.

Ted does not know much about the game of soccer, which is part of the comedy of the show, but he knows how to coach. He believes he can coach any team in any sport. How? He creates a team of experts around him to help him where he is weak. He brings in others and recruits others that understand the game of soccer and can teach the fundamentals. His role as a head coach is to cast vision, inspire, build others up, make difficult decisions, build relationships, attract and develop talent. He lets those around him develop plays, teach fundamentals, run drills at practices and other things he doesn’t do well and doesn’t have the time to do. To do the four things above well and to be a good leader you must have a team around you helping you. Ted is a master at building a team and developing them into great leaders.  Great leaders have a team of leaders that help them achieve greatness.

If you haven’t watched Ted Lasso, check it out. I would love to hear your top leadership lessons from the show.  If you don’t care about leadership development, at least you will have a show that will make you laugh and feel good!